Elsa Taylor lives and paints from her home in the Cotswolds. Her inspiration derives from the surrounding countryside, from her travels to the Umbrian hills and from the dramatic beauty of the far north of Scotland and the coast of Cornwall – it is these very different landscapes that form the bedrock of her work. Born in 1943, Elsa studied under the tutelage of Robin Child and his work still has an influence. His lectures and the subsequent intensive study of past masters has brought about an awareness and appreciation of art that changed the course of Elsa’s painting.

Described as a natural colourist, Elsa’s confident and often unexpected choice of colours set her work apart. Her interest in abstraction was sparked by the construction and composition of landscape, and also of flowers….a fascination with their colours, textures and patterns.

Elsa has exhibited at The Mall Galleries in London and is a member of the Armed Forces Art Society. She won the society prize in 2007 for her painting ‘Fort’ and the Thales Prize in 2011 for her painting ‘Ben Armine, Sutherland’. 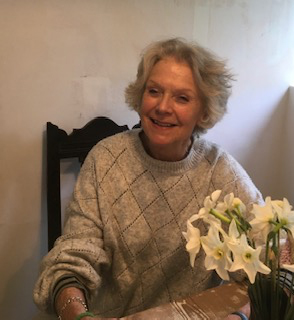